Last weekend was another big weekend of music video madness. I woke up early on Saturday morning like a kid on Christmas day, eyes popping open at 5:45am. I got dressed and loaded all the props and such into the Spirit of 86 (my faithful 1986 Honda SI) and drove to the market to load up on snacks for the shoot.

I drove to down Kanan road to the southern California coastline and arrived at Leo Carillo state beach at 8am. I lounged in the Spirit with the seat back and waited for the cast and crew to arrive. About an hour later they each trickled in one by one and we eventually made our way down to the cave where we were going to shoot a few scenes with the mermaid and I. The rest of the band kicked it on the beach as we shot the scenes we needed to get.

I was a bit nervous about shooting at Leo Carillo as my brother and his wife had filled my head with horror stories of people getting huge tickets for filming there. I had my eyes peeled for rangers and we were trying our best to keep things low profile – however it is hard to keep things on the down-low when you are carrying a beautiful mermaid out of a cave and into the ocean. Soon children and families were staring, pointing and shouting “There’s a mermaid!” This only fueled my already full blown paranoia and all I wanted to do was to finish shooting the scenes and get out of there as quickly as possible before a ranger pulled up on an ATV to write us a hefty fine for shooting without a permit.

No one else shared my paranoia and the rest of the crew were downright LAID BACK about it. Our director moved at his slow and steady pace and insisted that we get multiple takes of every shot from various angles. Eventually we finished up and were on the move to the next location: La Peidra State Beach.

Once at the La Peidra we paid $8 for parking (each car) and sat at one of the picnic tables for lunch. We snacked on shared food that we brought and even had a few beers! We also used the down time to distress some costume pieces for the scenes that we were about to shoot on the beach. The crew consisted of the “classic” BTB band members Mark Wickliffe, Steven Wiel and Joe Arena an myself. We all got into out shipwrecked sailor wardrobe and our make up vixen, Claudia applied ample amounts of “sun burn” make up to our faces.

Next we all had to lug a wagon and a great deal of bags filled with equipment down to the beach. If you have ever been to La Peidra you already know that the trek to the beach is long and full of stairs. Going down was slightly treacherous but we made it safe and sound. There was a moment when all 7 of us were hiking down to the beach when I felt like I was 11 again, spending all day under the sun out having an adventure with a bunch of friends. It was a really nice feeling.

The shots with the whole band were great. There was a lot of dragging around a mermaid in a wagon and a lot of carrying Renee around (she needed to be carried everywhere because well, mermaids do not have legs…) and I knew that I was gonna be very sore the day after! Once we had all the shots we needed it was time to lug everything back up to the cars. The hike back to the top was brutal. We were all very tired and our energy had been zapped by the sun. Eventually we made it to our cars and we all had a good laugh about how much fun it was and how crazy of an adventure we just had. It was one of the better days of 2013 for me and I did feel tremendously tired and sore the next day, but it was the best kind of tired and sore. It made me realize how much more often I need to spend time outside, instead of hammering away on this keyboard blogging/social networking/promoting the band and such.

Here now, for your viewing pleasure, are the best shots from our beach adventure video shoot. 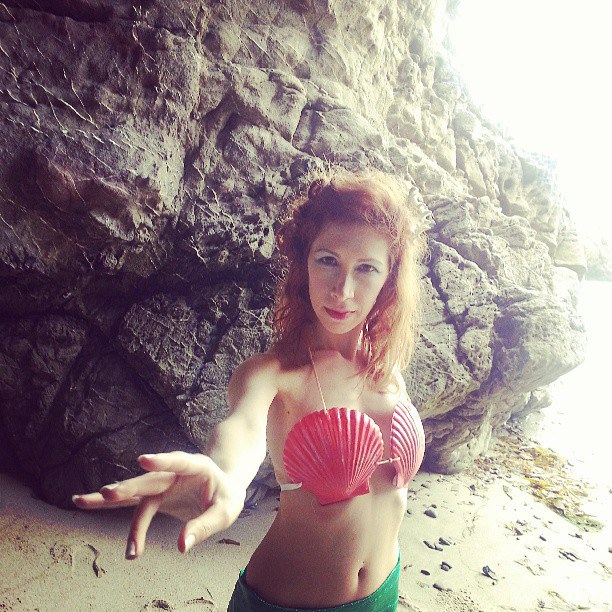 Siren at the cave! 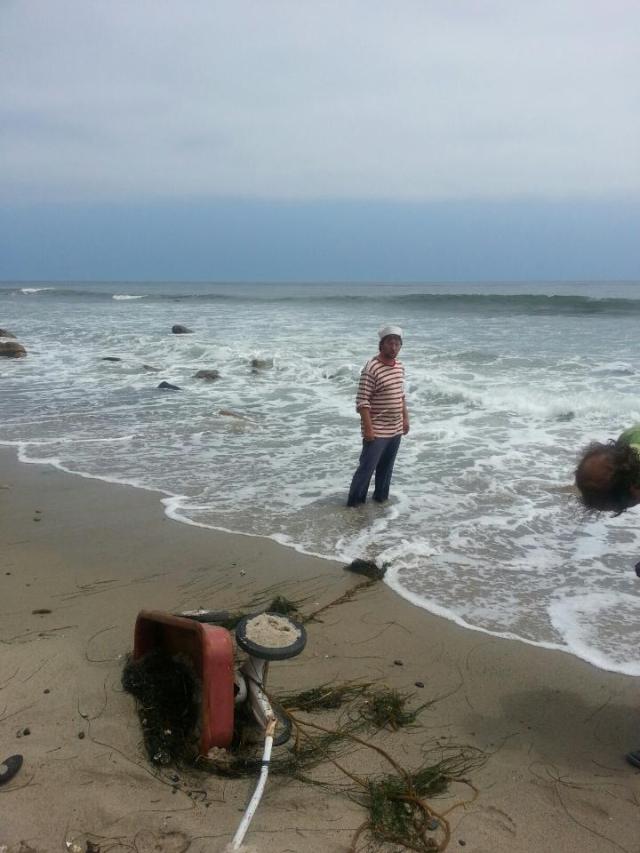 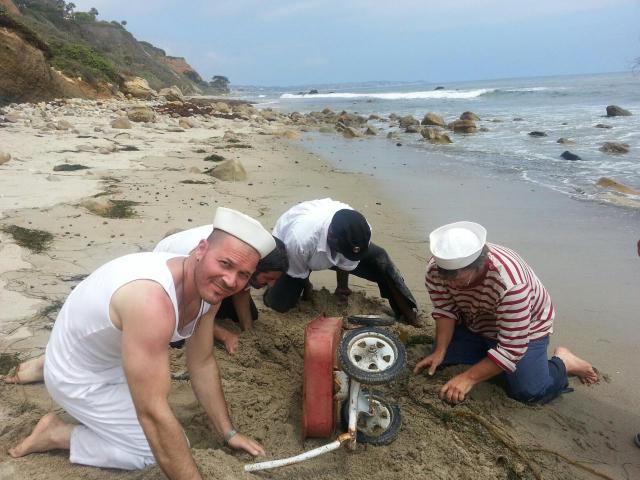 Digging the wagon out of the surf. 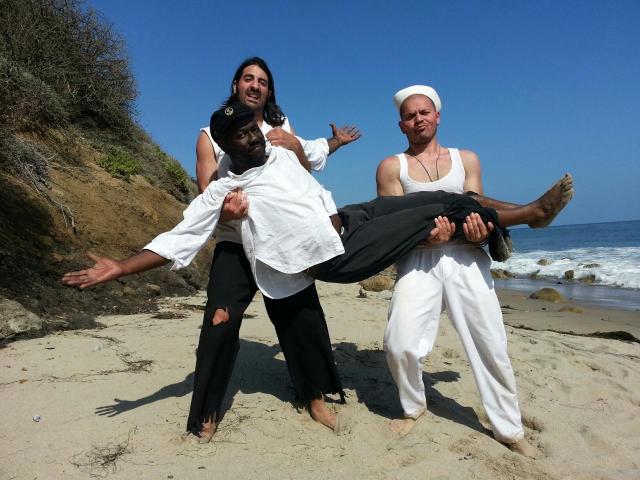 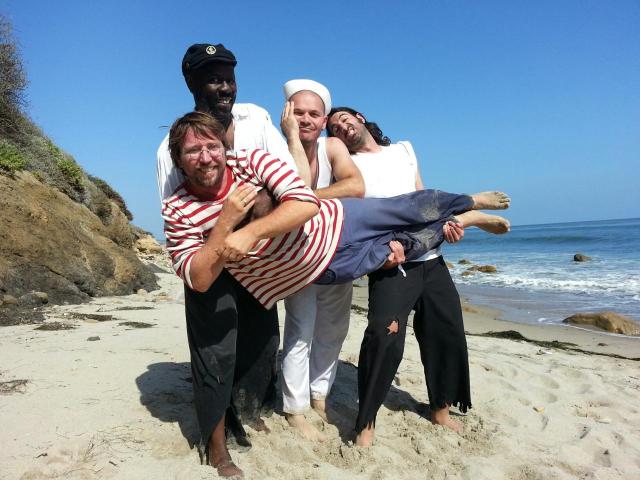 We are still accepting contributions for the budget for this video. If you would like to contribute all the information on how to do so is on the news page of our website: